Energised after my walk through St. Nectan's Glen, I took advantage of the hour or so of light that still remained to the day by continuing my walk down along the Trivillet River through an area of woodland known as Rocky Valley.
Like St. Nectan's Glen, Rocky Valley is charged with a feeling of magic and the woodland is abrim with votive offerings, dressed wishing trees and evidence of spellcraft. 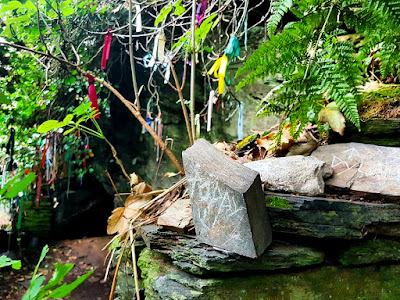 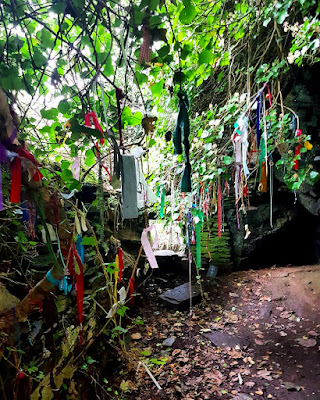 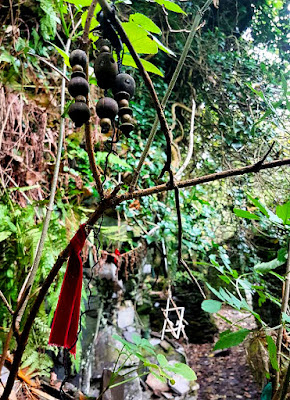 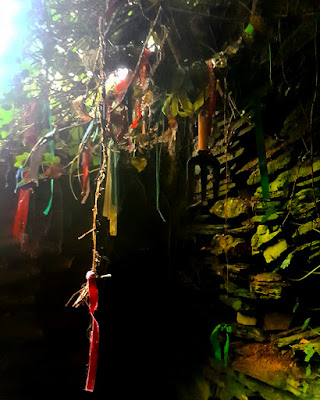 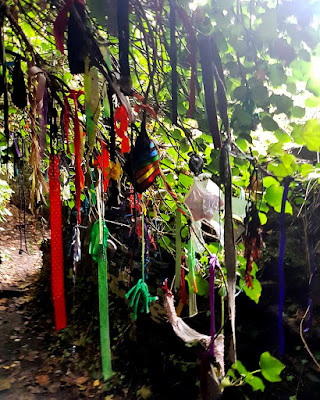 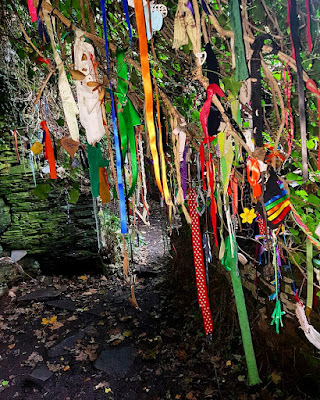 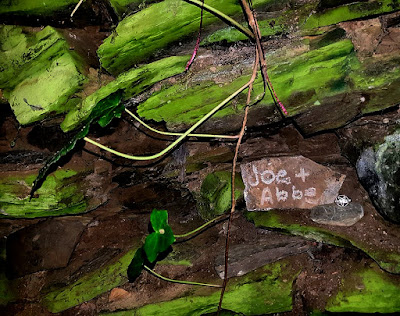 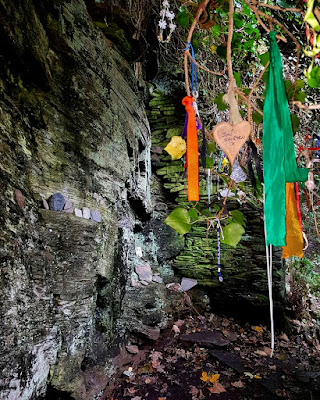 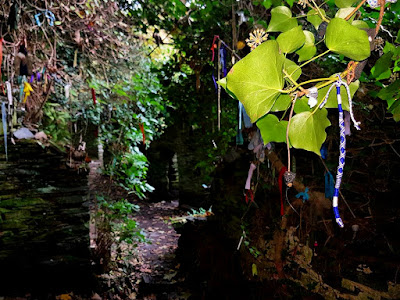 Rocky Valley is best known for its two labyrinth carvings and it is around this site that most of the evidence of spiritual activity within the woods is found. The carvings themselves, though relatively small, are easily found and are quite a sight to behold. Their prehistoric heritage, however, is arguable, with scholars divided about dating the carvings to the Bronze Age.  The fact that they appear on quarried walls has led other experts to date them as no more than 300 years old. 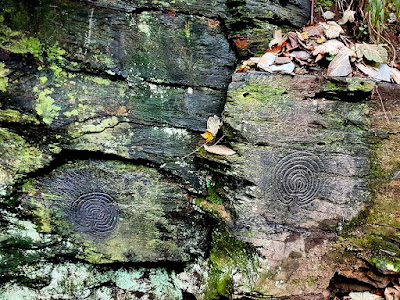 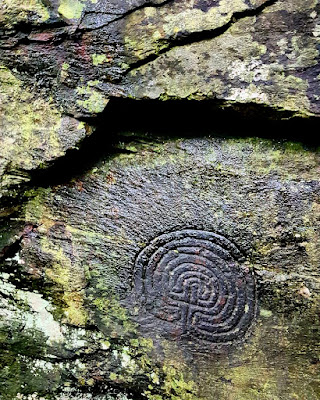 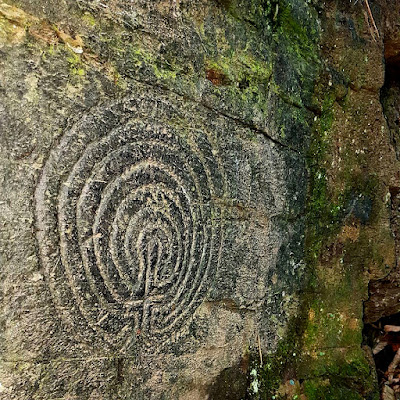 Heading back to the car, I bumped into an American tourist who was as equally taken to the locale as myself. "Wow!" She said, as she reached the labyrinths. "This whole place is like something out of Tolkien's Lord of the Rings." I could not have agreed more.
Labels: England, Folklore, Photography
Newer Post Older Post Home