Heading home from my stay in Corning, I stopped off on Bodmin Moor to visit a couple of intriguing sites. The first of which was this triple ring formation of standing stones, known as The Hurler Stones.
The site was gently animated by a group of small horses grazing on the grass there, as well as a few tourists, who I managed to keep from my photographs with careful image cropping and crouching down low to the ground and waiting for them to disappear behind the ancient megaliths before I took the pictures on my trusty Samsung Galaxy S7. 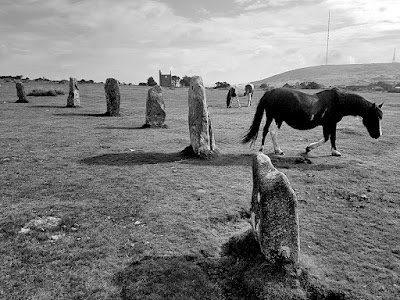 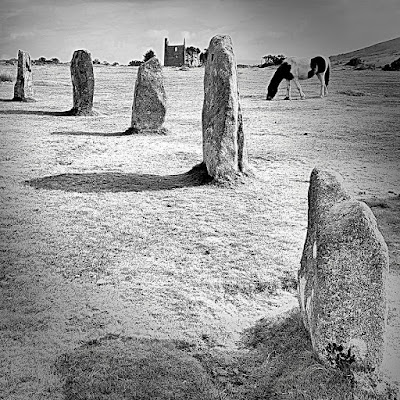 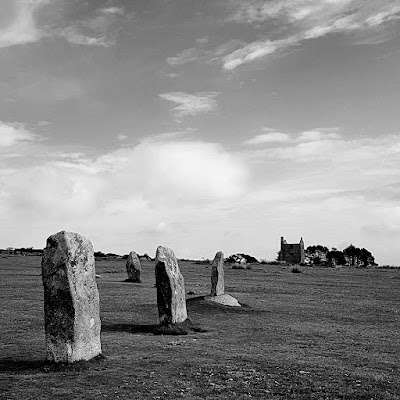 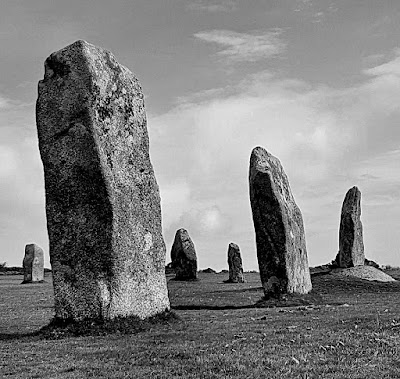 The Hurler Stones earned their names from the legend that they were once men who caught playing Cornish Hurling on a Sunday. For their 'crime', each was turned magically to stone!

To the edge of the stone circles, stand two further megaliths, known as The Piper Stones (pictured below). These, according to folklore, were once pipers who were caught playing their musical instruments on the moor on a Sunday and befell the same fate as the hurlers!

My next stop on Bodwin Moor appears on the horizon behind the Hurler Stones - the fantastic Cheesewring. It is a moderate and easy walk, with enough of an incline to gently raise your heartrate as you reach the summit. But it is the scenery of the Cheesering that truly takes your breath away...
Labels: England, Folklore, Megaliths, Photography
Newer Post Older Post Home