The Highland Cows of Scotland have to be the most beautiful breed of cow in the world and we were lucky to spot a good few of their number during our week's holiday on the Isle of Skye. 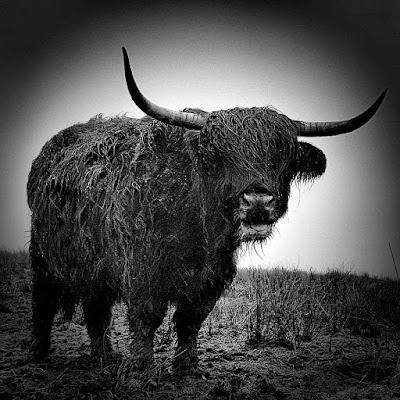 There is a nice bit of folklore attached to these cows on Skye. Apparently, Scottish fairies had their very own fairy cattle that used to occasionally swim to the island from Rassay as they found the grass sweeter on Skye. When the fairies saw that their cattle had absconded, hey would call out to their heards, whereupon the cows would swim back to the fairy's pastures. 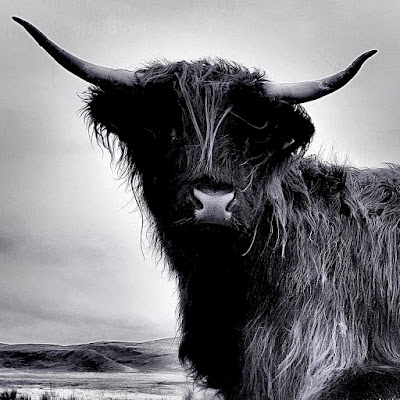 However, if a farmer threw some graveyard soil between the fairy Highland Cows and their tru home, the cows would be deafened to the fairy's calling and would thereafter remain as part of the Skye farmer's own herd. Such fairy cattle were considered prized animals and it is believed now that over the centuries, most Highland Cows now have some of the fairy cattle genes! 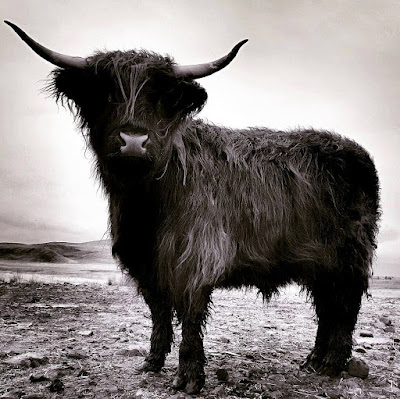