To celebrate this year's Summer Solstice, I am going to post some of my older photographs, which celebrate the beauty of the flowers I have grown over the years. I will start the ball rolling with Hollyhocks: 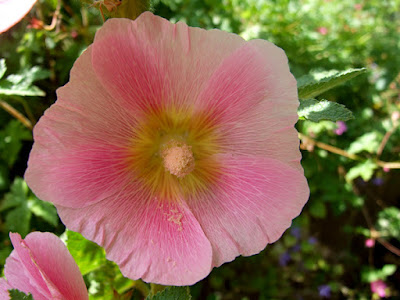