A short while ago I got the opportunity to visit Liverpool and made Crosby Beach on Merseryside my first stop there.
It was a long day's drive and the sun was dipping fast in the sky by the time I arrived at the beach.  But I had a good hour or so to spare and I managed to explore a fair few of the 100-strong iron men that make up Sir Antony Gormley's 'Another Place' exhibit, which is located along this stretch of sand.
The statues are modelled from 17 different body casts the sculptor made of his own naked body and the resulting figures evidence a variety of both tense and relaxed poses.

The nude iron sculptures raised a lot of controversy at the time of their installation and several groups, including watersport enthusiasts, the coastguard and conversationalists raised concerns against their presence along the shoreline.

Having previously toured a few other countries, Germany (Cuxhaven), Norway (Stavenger) and Belgium (De Panne), the iron men reached Merseyside in 2005. They were then due to move to New York after the local council initially refused permission for 'Another Place' to become a permanent exhibition at the beach. 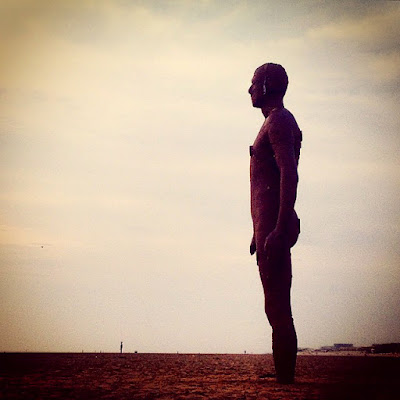 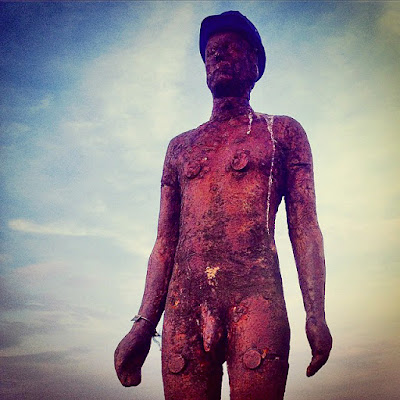 However, the iron men became a very popular tourist draw over the years and brought a lot of money and trade to the community businesses. This forced the hand of the councillor's when the question of the residency of  'Another Place' returned to the council the following year. And so, to the delight of art lovers and the local trade, the iron men became a permanent feature on the sands of Crosby Beach in 2007. 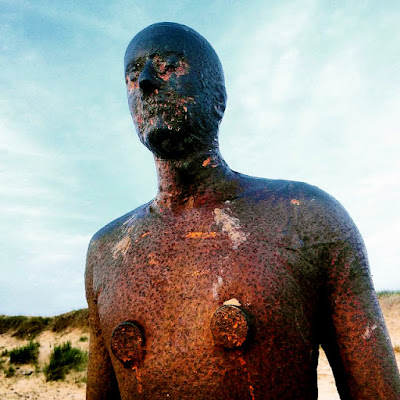 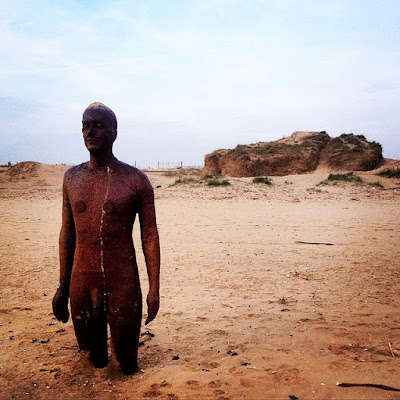 Gormley's stated intention when he created 'Another Place', was to explore the movement of the tides and the passing of time on the beach and to engage with the day to day life of the habitat there.

With the evening drawing in fast, I was a little disappointed not to have the time to explore more of the Crosby iron men as each seemed to have its own distinct character. 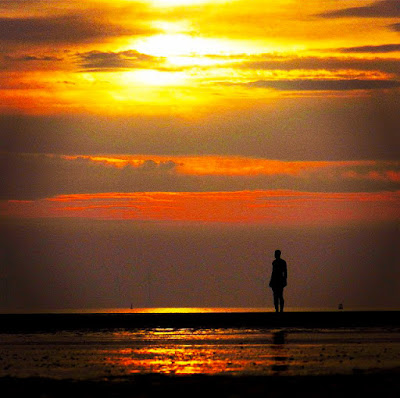 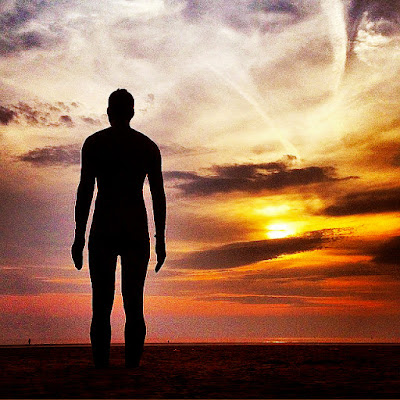 But time and tides wait for no man and so I finally had to say a fond farewell to these unique and thought-provoking statues. I really could not leave, however, without having my photograph taken with one of the surreal fellows :)