I don't really understand why Swansea isn't more noted for its public art. It is a mystery to me as the city really does cram a lot of particularly interesting exhibits within the city.
These following photographs, taken along the edge of the River Tawe, SA1, were recorded in 2016 and feature in this issue of Sweyne's Eye.  Amongst the boulders that line the river here are a series of rocks that have been engraved with a series of various designs and motifs. Appearing like fossilised remains, they feature symbols of copper, iron and carbon, flower patterns that decorated Swansea's once celebrated ceramics industry, as well as other goods that were once imported and exported along the river and out through the nearby docks during the city's industrial heyday. The artwork is still visible along the river today... 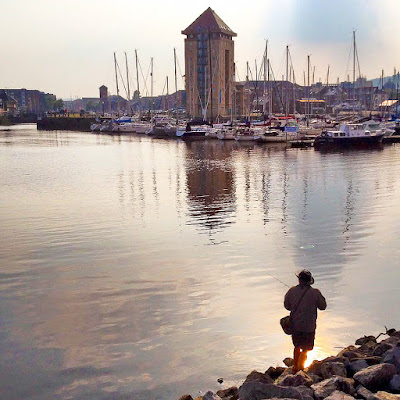 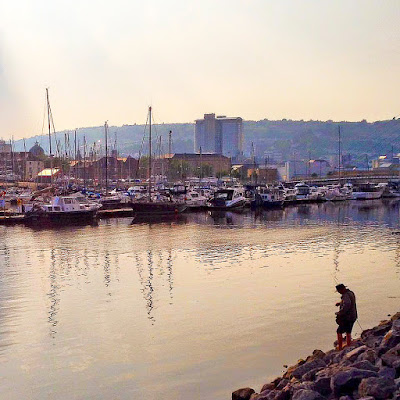 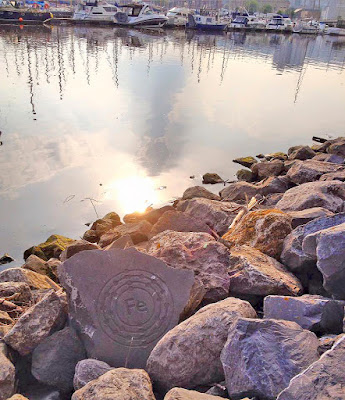 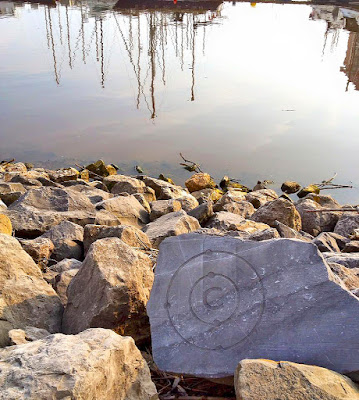 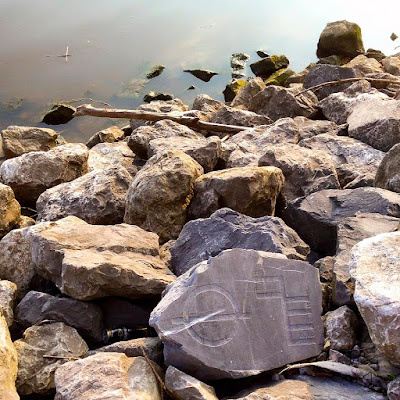 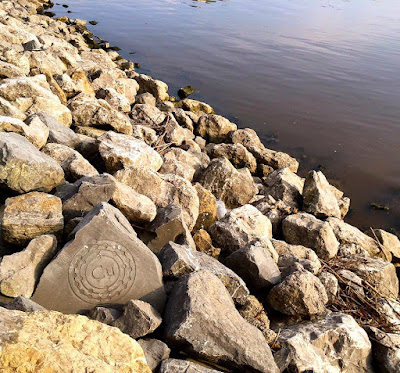 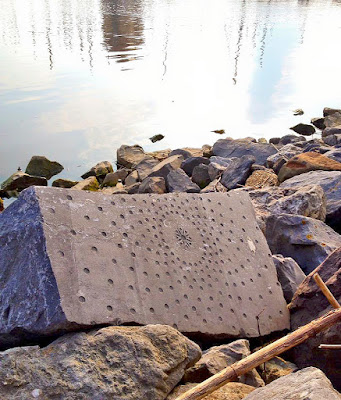 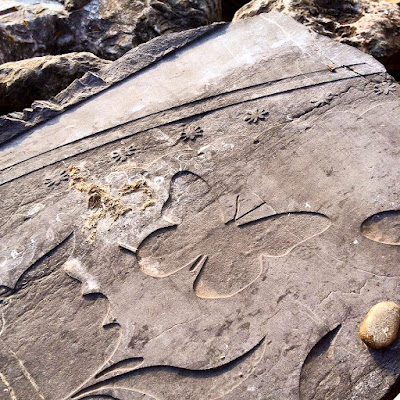 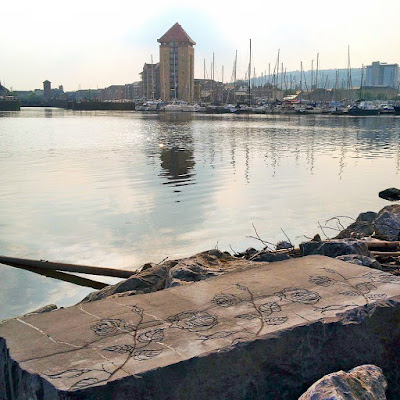