En route up to 'The Twmb', a row of trees that appeared to have been imported from a Scooby Doo cartoon or a movie retelling of Sleepy Hollow pulled me briefly off course. I nearly used the word grotesque to describe their appearance, but on closer inspection, the moss-softened trees seemed more sensual than that term relays. Recent scientific evidence seems to support the idea that trees communicate with one another and can actually help look after one another in times of need. Here, in Twmbarlwm, these trees appeared like kindred spirits, enjoying each others company both emotionally and physically: 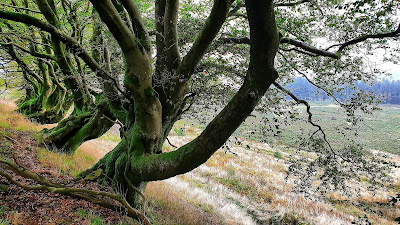 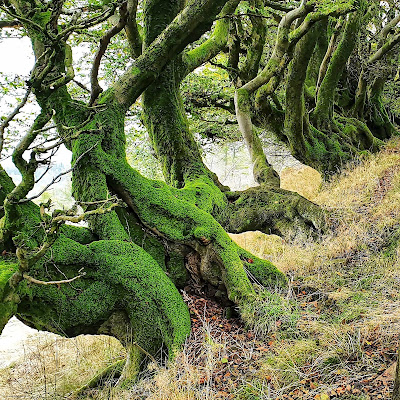 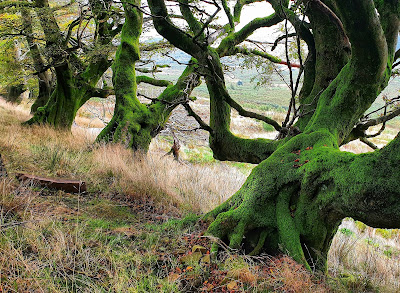 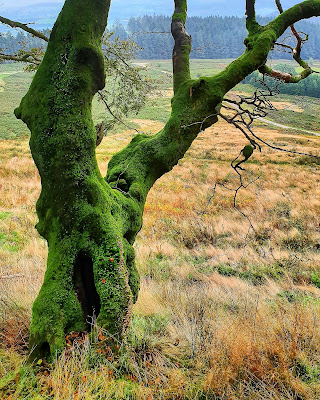 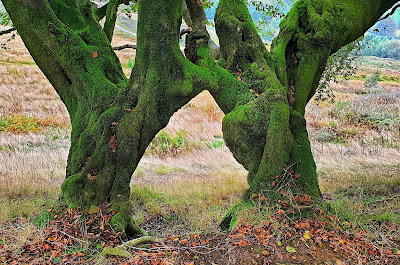 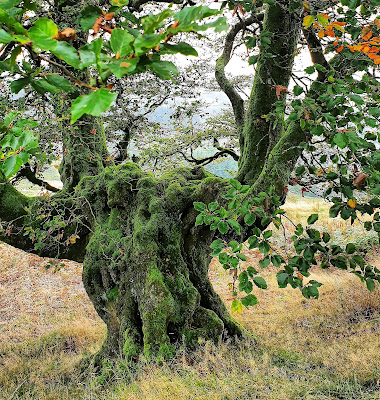 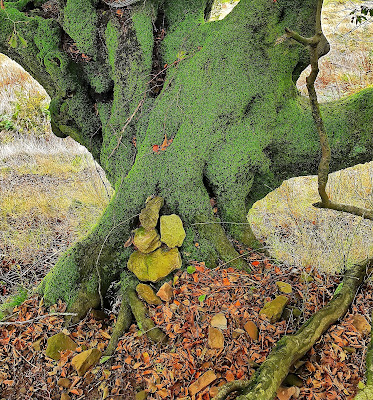 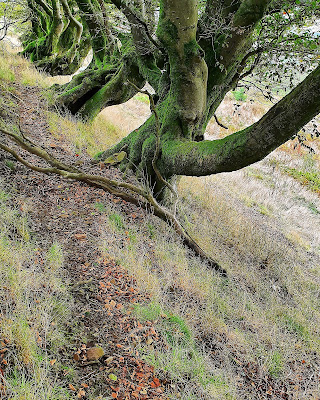 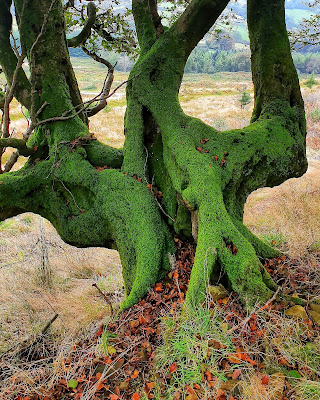 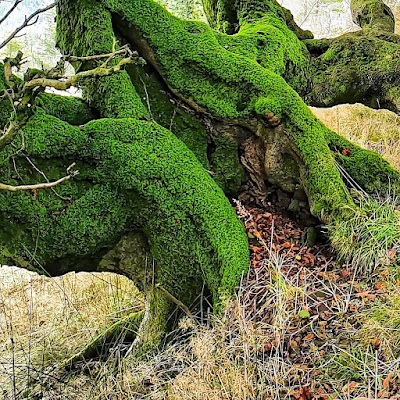 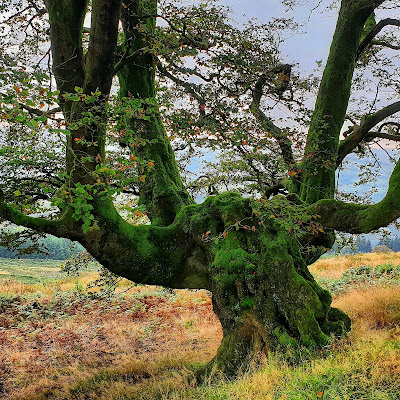 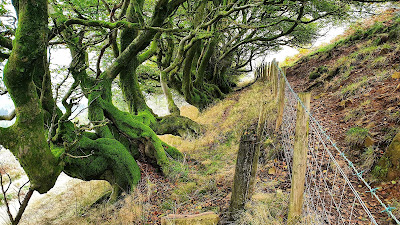