Twmbarlwm ~ Into the Woods

The woodland looked more than enticing from the summit of Twmbarlwm. So much so that it would have been impolite to ignore the invite: 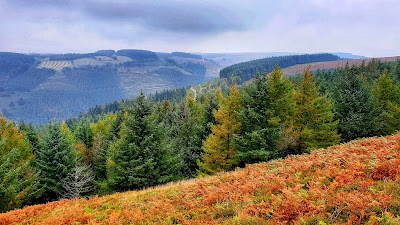 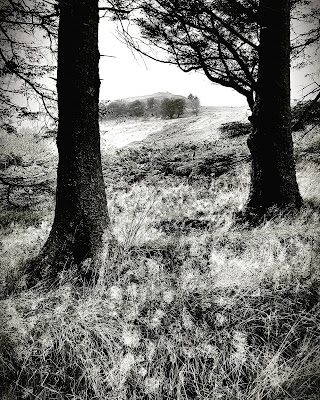 My walk through the wood was dominated by a solitary tree, which lay uprooted by some previous gale. The tree appeared like a fallen leviathan of the beast and my hungry camera devoured the scene with real gusto: 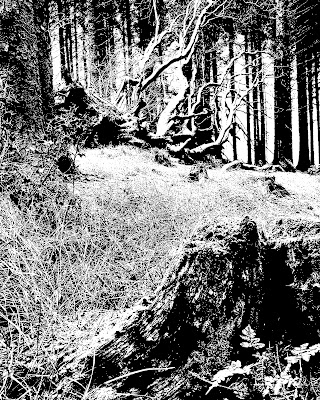 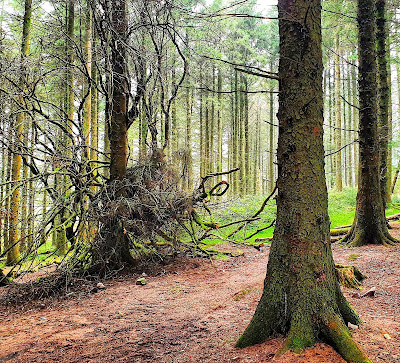 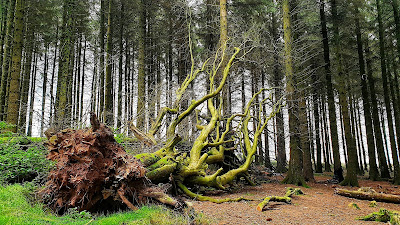 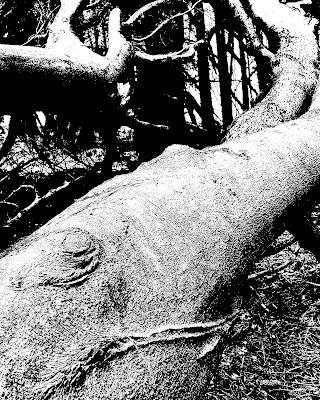 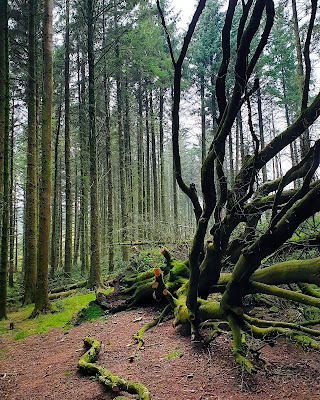 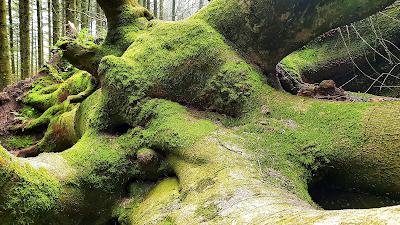 I spent quite a while investigating the fallen beast, and completed my exploration with a look at it large root system, which had been upended in whatever foe of a gale had toppled the large tree. There, snuggled in the gloom of the earth and tangled roots, I found this beauty of a fungi had found itself a new home: 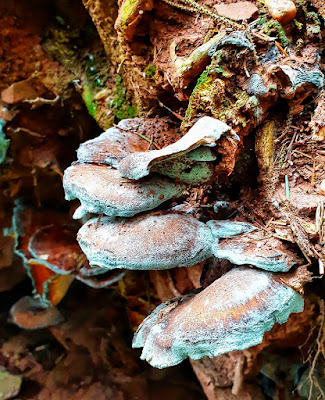 I ran into a bit of trouble leaving Twmbarlwm Woods - a bit of a tricky situation with locals filling the entrance/exit to the woodland with dozens of bin bags, which they ceremoniously set alight. I luckily made my escape at the onset of the fire, squeezing past the growing flames into the entrance clearing, where I found myself amongst some youth mass gathering. They had obviously decided to make this their meeting place for their evening enjoyment, and they seemed genuinely shocked to see me emerging from their humungous camp fire and appearing amongst their midst. There was no further trouble and they were all apologetic and I moved swiftly on...
Labels: Fawr Bidwn, Photography, Some Place Different, Trees
Newer Post Older Post Home