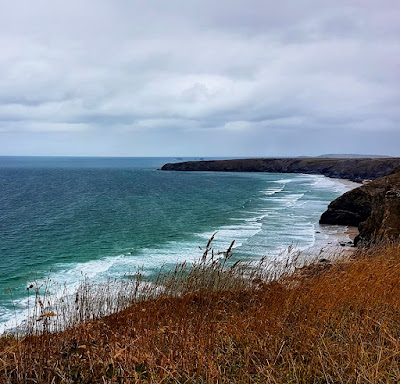 The coastline around Mawgan Porth, where our holiday cottage in Mawgan Porth was sited, is noted for its picturesque beauty, and so we decided to devote the next two days of our Cornish holiday devoted to exploring its clifftops and beaches. First up was the walk out to the Bedruthan Steps.

The large rocks outcrops that erupt from the beach here are named after the giant Bedruthan, who was said to have used the outcrops as stepping stones to cross the beach during high time. 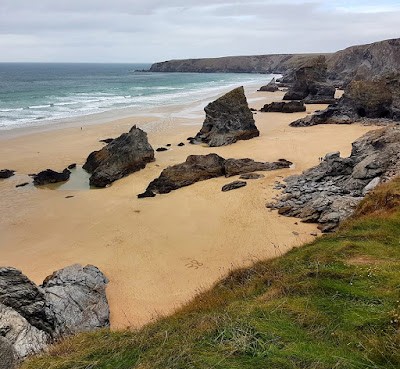 The weather was a bit on the moody side but the poor lighting, with only the odd glint of sunshine, loaned a rather pleasant evocative atmosphere to the beach. 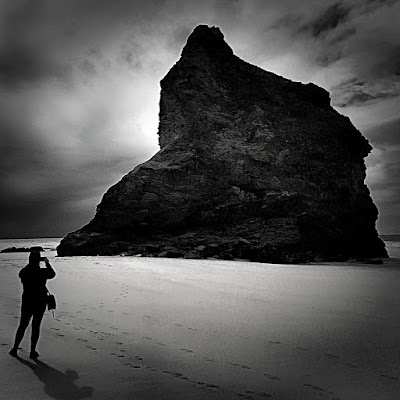 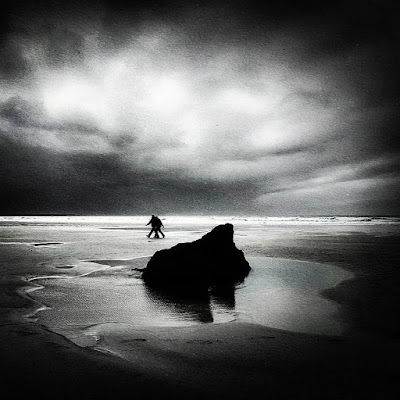 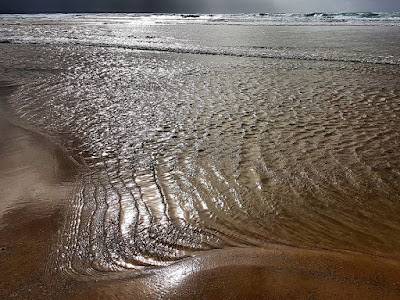 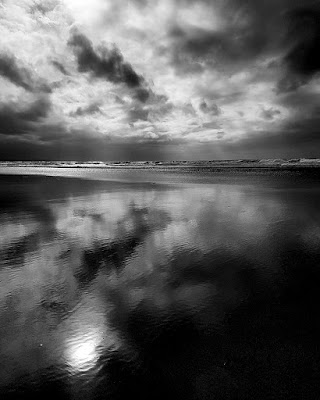